A year ago today, Staravia and myself (Swan), had a similar vision. The both of us being passionate rhythm gamers, we wanted something new. We wanted to take the already existing concept of online rhythm games and transform it into something the world hasn’t seen yet. We wanted to give rhythm game players a platform to have their voices heard and a place to show off their skills at a higher and more competitive level. And lastly, we wanted a game where the community is involved in each step of the development process.

This is why we’re creating Quaver, the ultimate, community-driven, and competitive rhythm game.

At its core, Quaver is your classic rhythm game. Its genre is defined as a VSRG (Vertical Scrolling Rhythm Game), which essentially means as notes come down from the screen, the objective is to hit them to rhythm of the song.

When released, Quaver is going to be ran 100% by the community. This means that game content (new maps, tournaments, etc.) are all created by the community and players are able to collaborate and share their creations with others. The game will be open source - meaning anyone in the world can contribute to its development and add in the features they’ve always wanted to see in a game.

We wanted Quaver to look and feel familiar. If you’re an already existing rhythm game player, you’ll notice that we’ve taken concepts and inspiration from our favorite games and smashed them into one - creating the ultimate VSRG.

Quaver only supports two game modes currently - 4 Keys (4K) and 7 Keys (7K). The goal of this is so we can separate the ranking systems between them, as they require an increasing large difference in the amount of skill to play. This is something the rhythm game community has wanted for years, and we’re finally answering you.

However with Quaver, the goal is to do so much more by taking the concept of rhythm games and the modern interest of competitive gaming/e-sports to create the world’s first competitive-oriented rhythm game.

To date, rhythm game players have been “competing” by playing maps (songs/charts) and going for the highest score on that map’s leaderboard. Although fun, we realize that it doesn’t bring out the full potential in rhythm game players. To combat this, we’re introducing a competitive and elo-based ranking system.

The concept is fairly simple and familiar to other competitive games. You will be queued against other players via a skill-based matchmaking system. The queued players will then play a selection of maps and compete against each other in realtime. If you win, you’ll rank up. If you lose, you’ll rank down.

Each game mode will have its own separate competitive ranking system, so there’s no need to worry about playing 7K if you’re a 4K player. If you choose to play competitve 4K, you’ll be matched against other competitive 4K players and vice versa. We’ve got you covered.

However, we’re not completely getting rid of the classic scoreboard competition system that you all know and love. We’ll still be having this as a separate ranking system. You’ll essentially have two ranks for each game mode - one for competing on the scoreboards and one for competing against players in the new elo-based system.

Anyone Can Contribute to its Development!

With the rise of open source software, there’s no doubt that Quaver will be joining the mix as well. The initial goal when creating this game was to have a space where the community’s voice is able to be heard. In light of this, anyone will be able to contribute to the game. Whether you’re a software developer looking for a new project, an artist (visual or musical) wanting to have their work featured, or a passionate gamer wanting to get their cool ideas in, you will be able to do this with ease by contributing to Quaver!

While our game client is currently not open source, it will be along with the first official release of the game. However, if you’re eager to contribute, you can do so by joining our Discord Server, where all of our developers, contributors, play testers, and supporters are chatting!

What Cool Features Does Quaver Have? 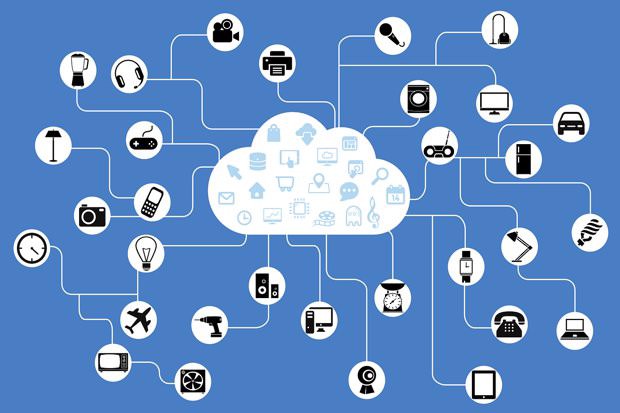 In addition to the new ranking system and open source game, we’ve also got some cool features in store for you as well.

Take your gameplay to the next level by customizing the game completely to your liking. Whether you want a classic DDR-styled arrow skin, or a skin filled with emojis - the limit is your imagination.

Play Maps at Any Audio Rate

You’ll be able to play a map at an audio rate between 0.5x-2.0x. You’ll be rewarded for playing maps at higher speeds and penalized for playing them at lower. This should make the game easier to get into for newer players, as well as more challenging for more seasoned players - which is something we’re aiming to do.

To a new player, this might seem a little daunting, however to more seasoned rhythm game players, it’s become quite the meme that “Pausing is cheating™.” This is why we’re introducing a No Pause modifier. When activated, the game wont allow you to pause throughout the song, and after play completion, your score will be marked as having not paused. Whether this will give a reward is still to be discussed.

That’s right. If you’re coming from other games such as osu!, StepMania or more recently Etterna, you’ll be able to load up all your maps and play them directly through Quaver and even import their file formats.

Ever wanted to go back and watch that sick score you’ve just played? We’ve got you covered here as well with a cool replay system where you’ll be able to watch back any score. You can also export them to a file and send them to your friends as well!

There’s no doubt that multiplayer is a big plus in modern games. We want to give you guys the option to relax and play with your friends online in realtime. We also want to bring out some fresh and new game modes for you guys to try out.

While Quaver is still in its early stages, The goal is to release a playable alpha version on Steam this fall. Your feedback is vital to us for fulfilling our goal of creating the ultimate, community-driven and competitve-oriented rhythm game.

As for a development status, currently, I’m working hard on developing the online portion of the game. Quaver is in a state where it is 100% playable as an offline game with all of the base features we had envisioned. As the famous quote goes, the final 10% of a project is the hardest, but we’re working hard to make sure we can provide you the best game possible.

Lastly, I personally want to give a huge thanks to all of the contributors of Quaver so far over the past year. Each individual on this list has in some way has added their input to making this game even more awesome.

If you’ve made it this far, thanks for reading, and there will definitely be more frequent updates in the future!

If you’re wanting to help contribute to the game with code, designs, or ideas, or if you’re just curious to follow up on its development, feel free to join our Discord Server.