Hey, friends! We’re back and have just released version 0.14 of Quaver, and it is by far our BIGGEST update yet! This time around, we’ve implemented a map editor, ranking criteria, Windows 7 & Linux Support for Steam, new game modifiers, and so much more! This update definitely marks the turning point for Quaver, and we’re very excited for the future!

At the time of the initial alpha release, we decided to give randomly selected testers a chance to get small taste of what Quaver has to offer in terms of its online capabilities. After 2 months with around 275 testers, we learned a ton about how we want to begin running the game in most aspects. It took a ton of time, but we wanted to make sure we were prepared before moving forward with the game.

One of the biggest challenges that we’ve faced throughout this initial testing period was figuring out how to have a structured ranking process while still keeping it fairly lenient. Our main goal is to allow all users to have an equal opportunity to have their mapsets considered for rank without too much of a hassle. Throughout this time, our team had a meeting discussing what we would like the future of ranking system to look like, and it proved to be very useful.

Because of this, in January we’ve made the decision to pause the ranking of new mapsets until we had a solid ranking criteria/process and the map editor was released.

We now have a proper Ranking Criteria and Ranking Process that you can check out on our website’s wiki. If you’re a map creator, be sure to submit your maps for rank! From this point on, we’re continuing ranking, and you’ll have a ton of new maps to compete on.

Didn’t Get Your Steam Key Yet?

No worries! Over the next week or two, everyone who signed up will receive their alpha key via email. We intentionally put a pause on accepting new users into the alpha tester program until this update was released.

If you didn’t get a chance to sign up for the alpha initially, you’re in luck. After we accept all the current sign ups, we plan on opening up registrations for the alpha once more to welcome new testers.

As always, the bulk of the updates is for the game client. We’ve got a TON of exciting updates for you guys to check out including the editor, Windows 7 & Linux support, new modifiers, and more skinnables! Let’s get going!

Restart your Steam client, and the game will automatically update for you.

You can grab the latest version of the game on GitHub, but you will not be able to access any online features.

One of the biggest features that was missing from Quaver was a map editor. Previously, players had to rely on third-party tools or games in order to create content for Quaver. While this was sufficient when just beginning the game, the release of Quaver’s editor is definitely a turning point since this reliance is no longer needed.

This editor took around a month and a half to develop and is loaded with a ton of features and customizables. Here’s we’ve got in store for you:

Layers - A New Way to Create!

You’re able to toggle the visbility of layers, so you can easily see and hear hitsounds for those objects alone. This makes it easier to make sure your maps are designed in a well manner.

Given that objects can be grouped into layers, it is now only one click to apply hitsounds to all objects in that layer as well as deleting them.

This is definitely a great feature to have and it’s relatively unique. The idea is based on a common chart structuring technique/idea, so we’re excited to see how everyone makes use of it. 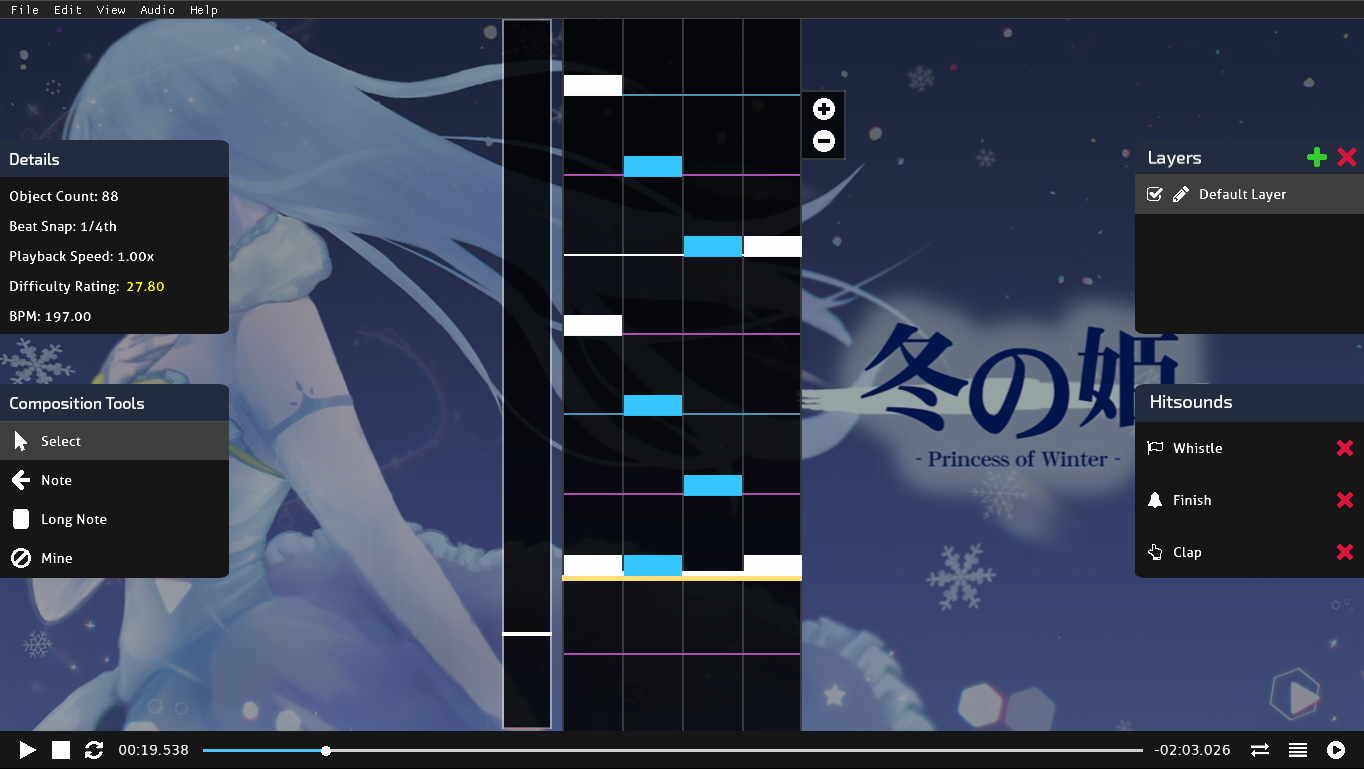 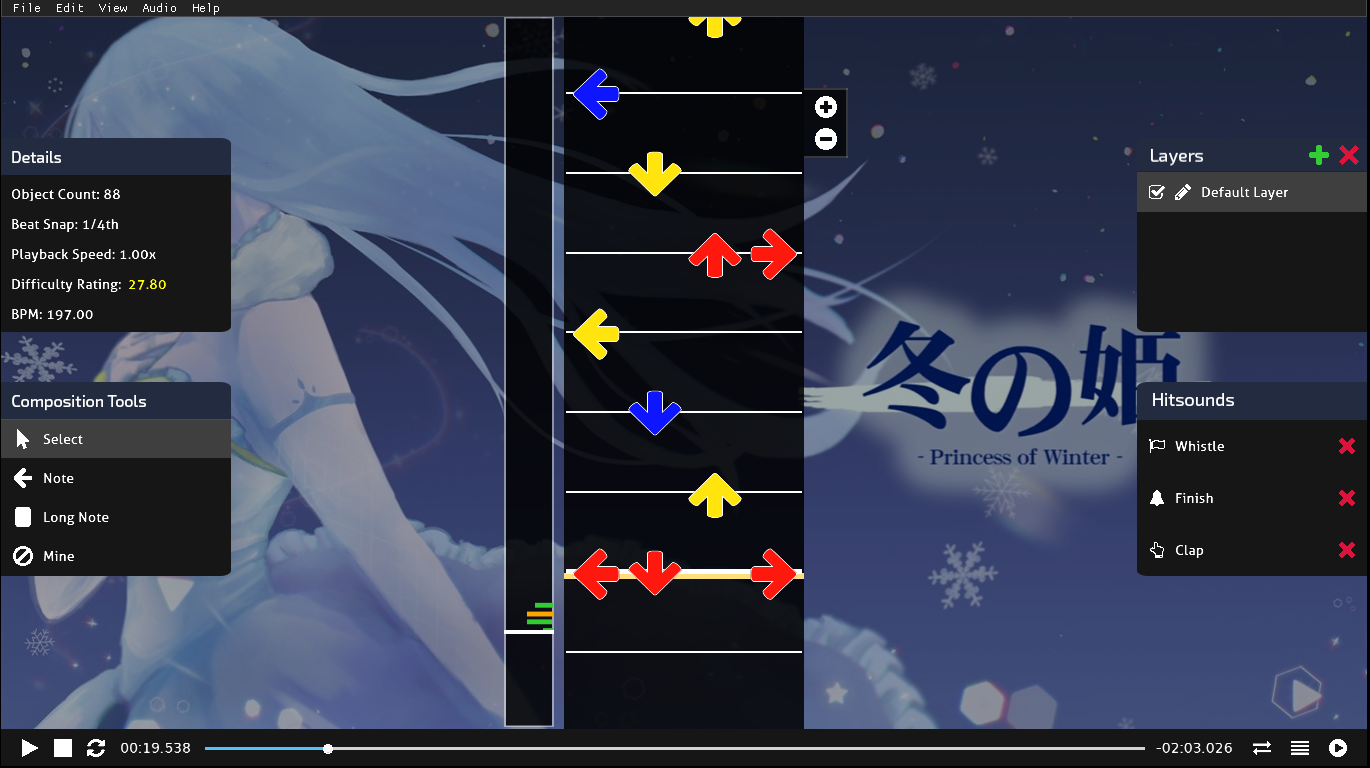 We realize that the majority our players come from already existing rhythm games. One of the main goals of Quaver is to provide a familiar experience for seasoned rhythm game players by taking the best concepts from our predecessors while expanding upon them and combining them into one “ultimate” game. The editor is no different. We built it with customizability in mind, so no matter which game or editor you come from, you can feel right at home in little time with Quaver’s.

One thing we’ve noticed that alot of editors lack is the ability to see how difficult a map is in its respective game while you’re in the editor. With this feature, the difficulty of the map is recalculated whenever you make changes, so you have an idea of how difficult the map is without any hassle.

Another cool feature of this editor is the ability to modify the .qua file of your maps while editing. In some circumstances, this may be necessary for people, so we’ve made it so it will detect any outside changes to the .qua file and ask you to reload the map while editing.

If you’re an alpha tester and have tried to upload your creations, you’ll know that it wasn’t incredibly easy to do so on our website. We’ve now removed the upload feature from our website and have limited uploading and updating mapsets to ingame only.

As we’re sure there will be a ton of bugs with the editor, we’ve gone ahead and implemented crash autosaving. If/Whenver the game crashes while editing, it will try to save your map in its most recent state. Upon relaunching, the game will ask you if you’d like to reload the editor with your previous work.

We’ve also added a ton of new modifiers for you to try out including Inverse & Full LN, half rates (.x5), and Mirror. 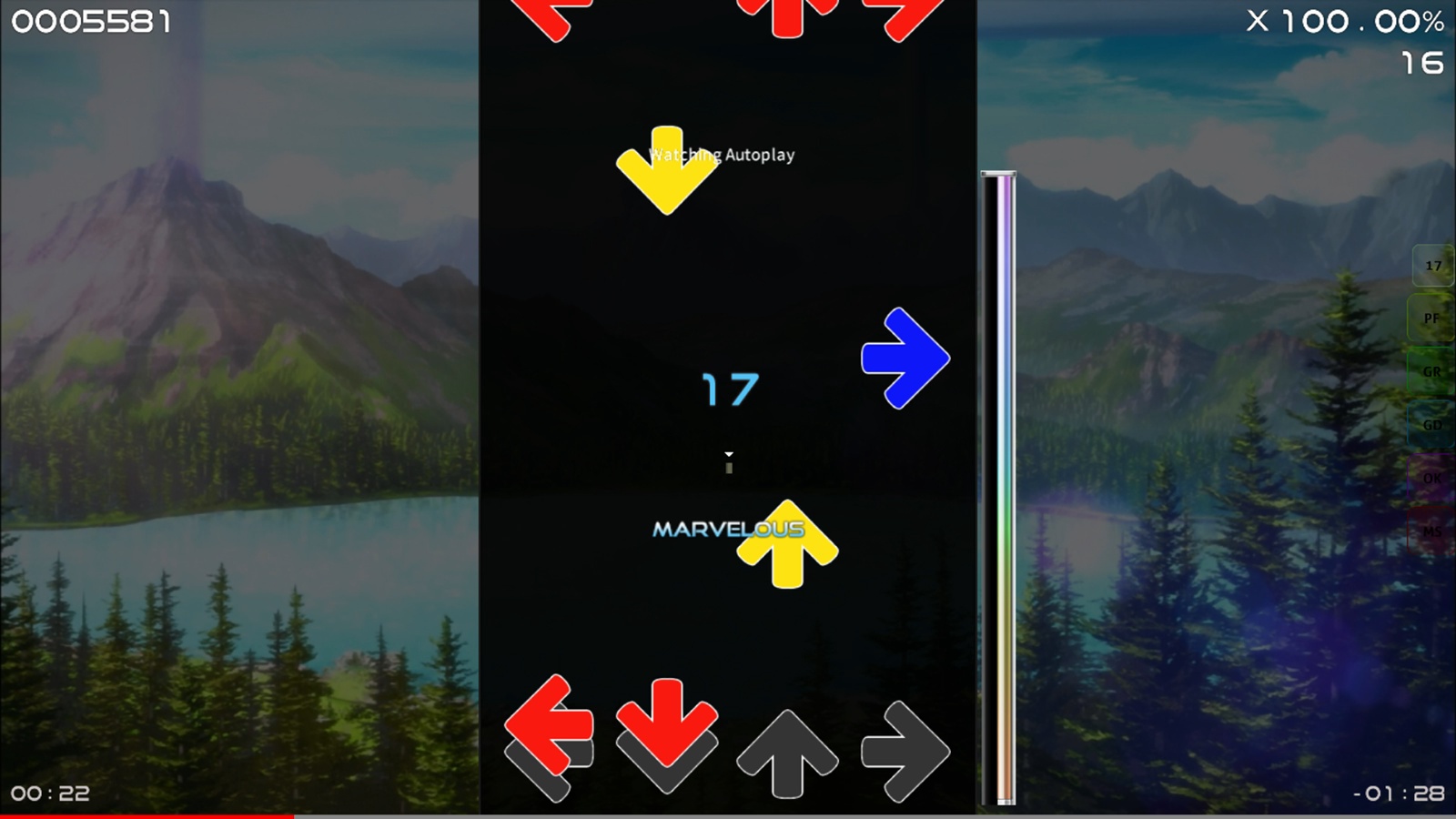 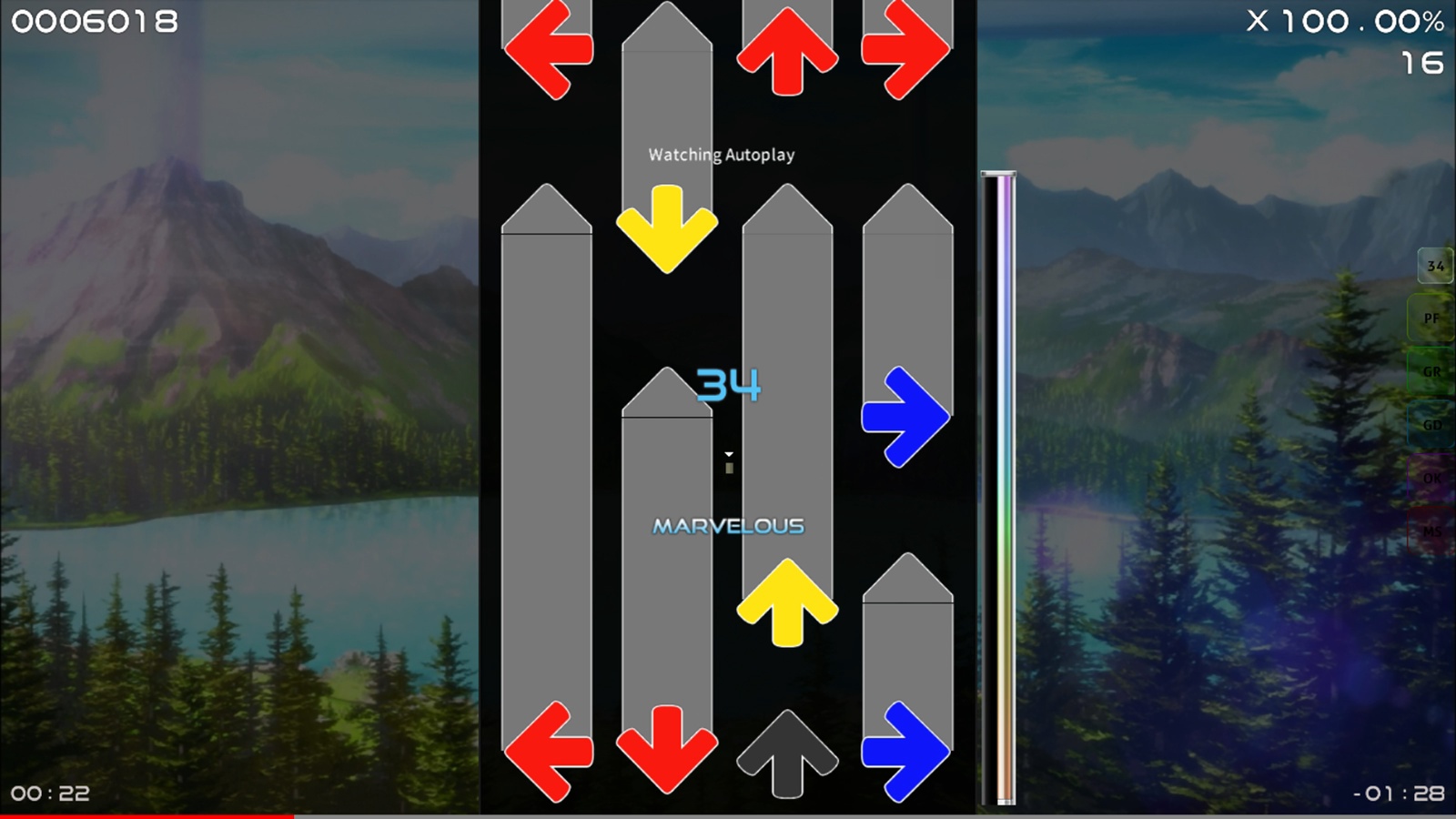 In addition to “No Long Notes”, we’ve also implemented “Inverse” and “Full LN” modifiers. These essentially act as the reverse of No Long Notes where they make the map entirely of LNs. However, they do have some differences.

Both of these modifiers are strictly for practice and will not be counted for global rankings. 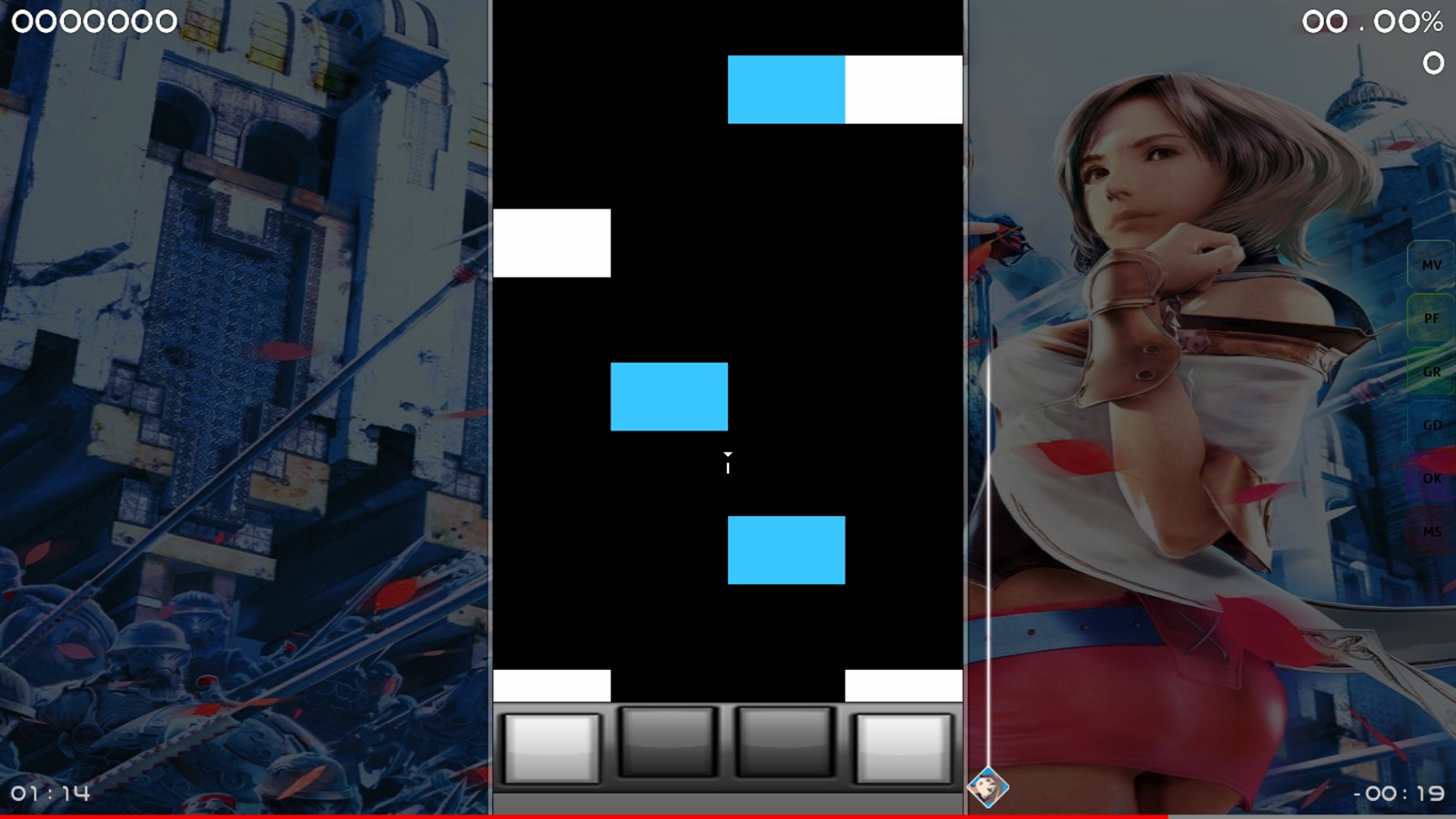 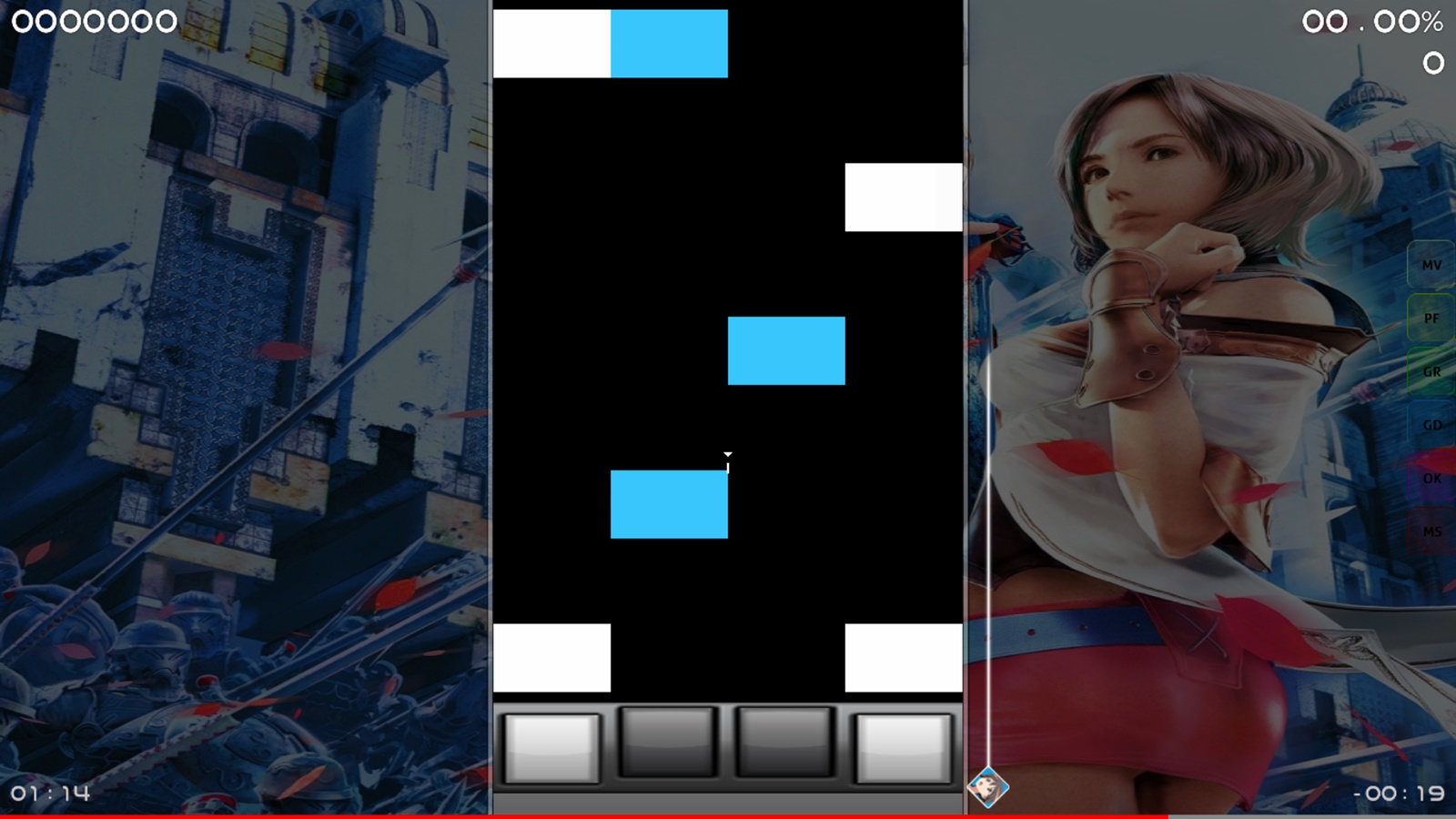 With this modifier, the game will flip the map horizontally which mirrors the original.

Using this modifier will count towards global rankings.

Using these modifiers will count towards global rankings.

As with every update, we’re always adding more ways to customize the game. This time around we’ve added Lane Covers, Combo Alerts, and much more!

We’ve now made the process of creating, using, and customizing lane covers so much simpler. You’re now able to create lane covers for both the top and bottom of the playfield, as well as adjust their sizes and the options menu.

In addition, we’ve now implemented combo alerts. Whenever your combo reaches multiples of 100, a sound effect and image will be played. You have the liberty to add as many sound effects and alert images as you’d like!

You can now completely customize the judgement counter including turning it off completely. You’re now able to change its image, color, font color, and size.

You can now customize the colors of the song time progress bar along with disabling the numbers if you choose to. This should be useful if your custom skin is trying to match a certain theme. 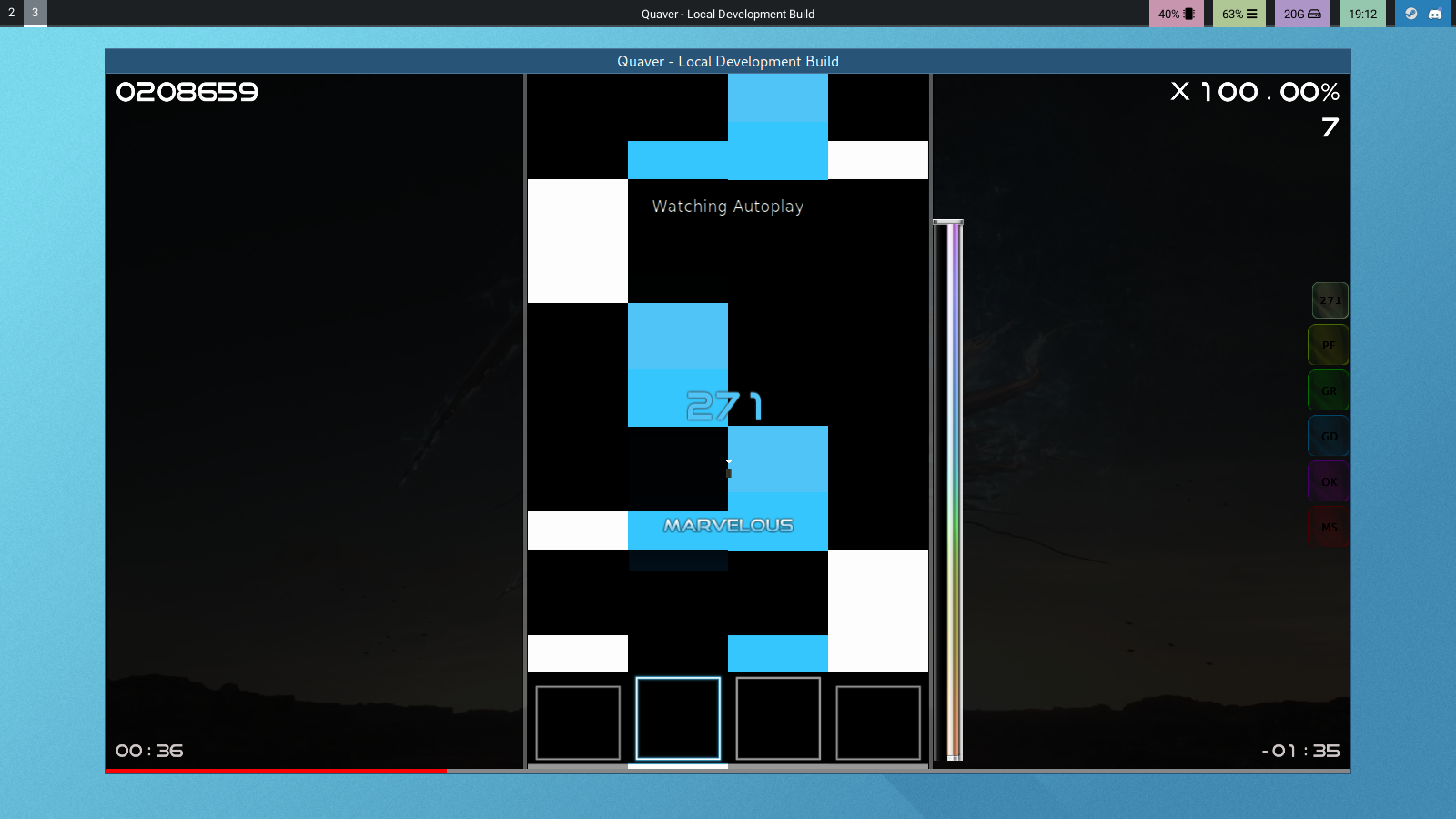 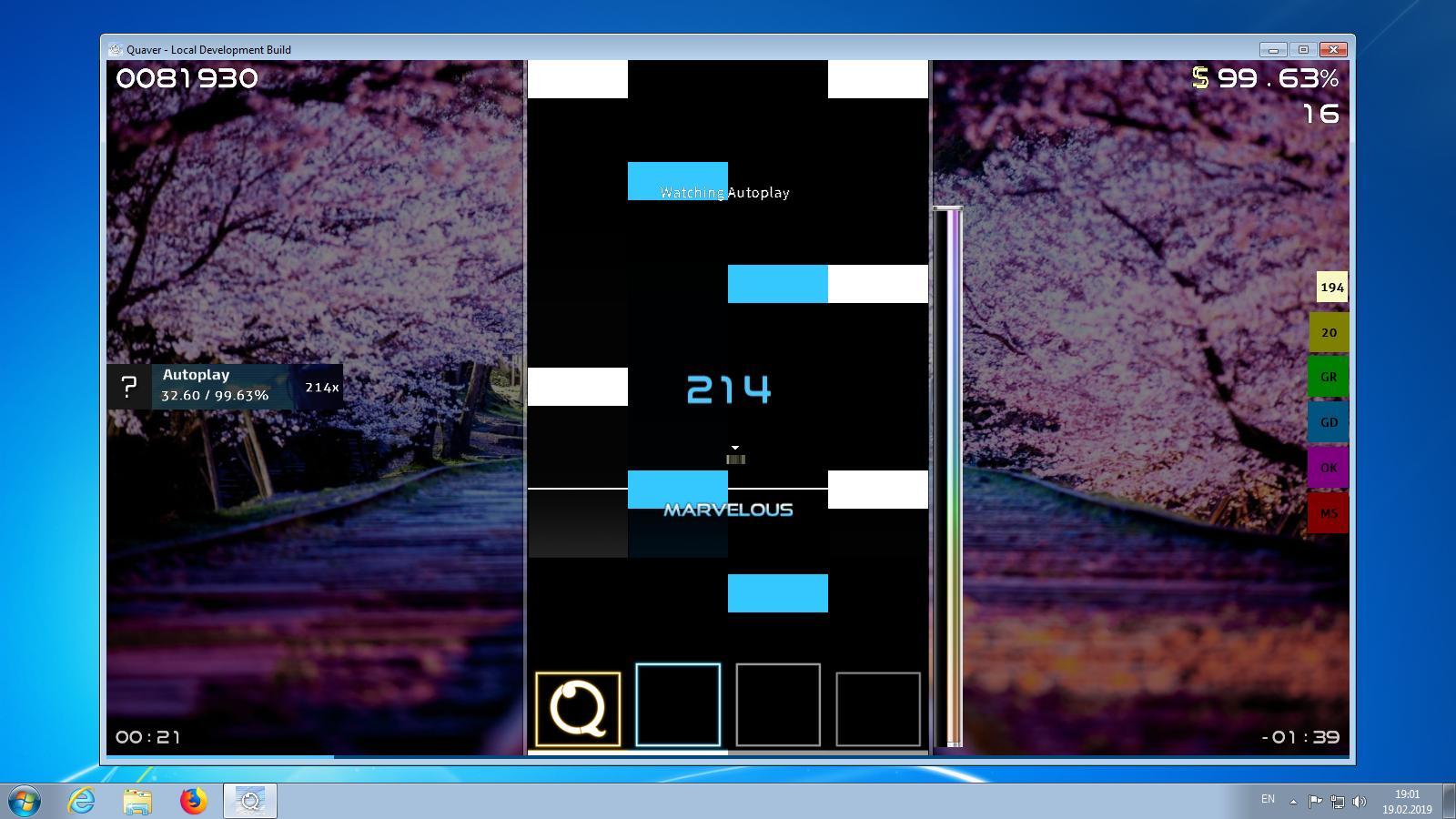 Previously, Quaver had a few compatibility issues with Windows 7 and Linux. These have now been identified, fixed and are now available on Steam.

If you were wondering what’s next on our priority list, it’s the overall goal of getting Quaver in a state where it is available for public early beta access on Steam. With this, we have a few more features that need to be added before this is able to happen.

The next big feature on the list is multiplayer. We have a ton of new ideas for multiplayer that we’re looking at implementing, so stay tuned on this.

Before we release a public early access version of Quaver on Steam, we’ll be looking at completely redesigning the game’s UI and website from the ground up to give Quaver a fresh look.

Thus far, we’ve developed the game with features as our priority rather than design. We wanted to find out what features are needed from all of our testers in their ideal version of a VSRG. This proved to be very useful. Because we now have an idea, we can begin to redesign the game to give Quaver more of an identity.

After this has been developed, the game will be released in public early access on Steam for everyone to try out.

As always, if you’ve made it this far, thanks for reading! This blog post was long but rich in content. We’re extremely excited for the future of Quaver, and this is only the beginning. As always, make sure to report any bugs or request any features on GitHub.